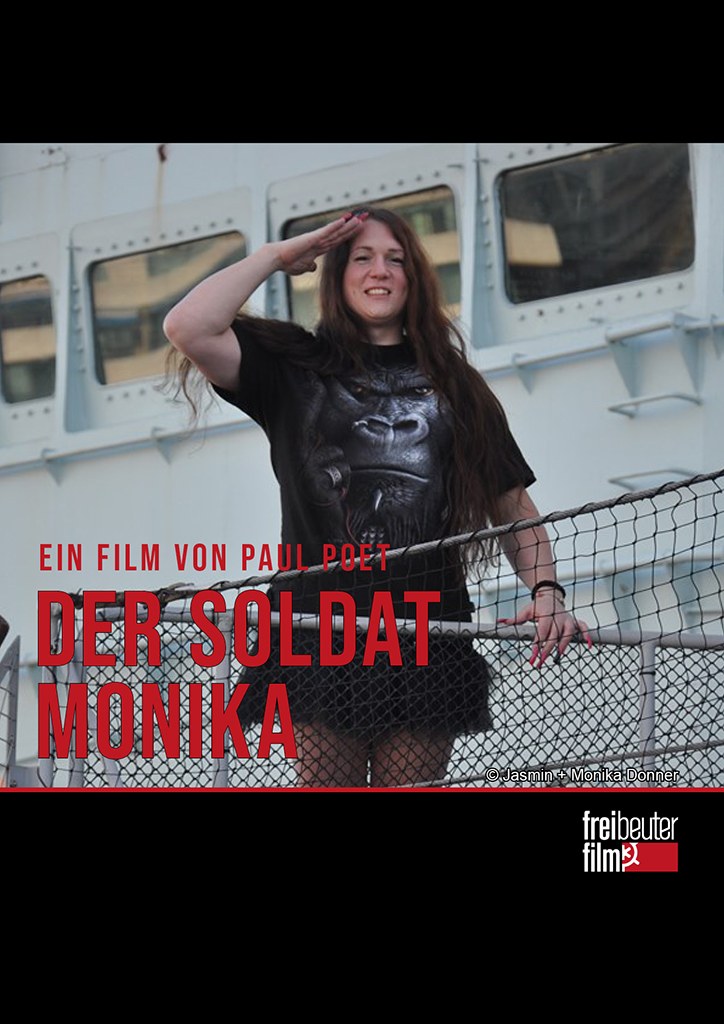 The battlefield of gender identity. Monika Donner is a transsexual elite soldier, a poster figure for gender rights and an author on the extreme right wing of the political spectrum.
Quickly she, who used to be he, becomes a solitary warrior caught between the ideological fronts. A psychogram as an intensive cinematic collage.

Paul Poet (director/author) was born in 1971 on an oil-field in Saudi-Arabia, later bombed away by Al Quaida. As the child of an Austrian petrol engineer, he was raised all over the Middle East, Europe and Africa, being an early witness to corporate exploitation, war and death. Since his puberty living in Vienna, he became a forming part of the local punk and electronica scene. He moved into film-making in 1996 after studying journalism and philosophy. His popculture-savy and activist films always deal with the central theme of social rebellion and the fight of the individual for freedom.
Often rock celebrities like Alec Empire, Einstürzende Neubauten, Melvins, Neurosis grace his works as actors and composers. In 2013 his debut cinema doc FOREIGNERS OUT! SCHLINGENSIEFS CONTAINER (2002) was selected by the Biennale Istanbul into a global canon of political cinema next to names like Bunuel, Rouch, Godard. Following this, it was honoured with gala screenings at MoMA New York, Istanbul IFF, Doc Aviv (Israel). Other major Cinema works: EMPIRE ME (2011), MY TALK WITH FLORENCE (2015) Poet was part of the main juries of Istanbul IFF 2015 and Haifa IFF 2016. He is also well known for his work as cinema curator for Filmarchiv Austria, Viennale IFF and Diagonale FF with several international book and home video publications. In 2019 he was honored by European Culture Festival Network WE ARE EUROPE as one of the „64 most inspiring European Artists, Speakers and Thinkers of the Year“ and following that named an Austrian Culture Ambassador for the EU-culture funds „Creative Europe“ by the Austrian Chancellory / Bundeskanzleramt.

FILMOGRAPHY:
2015 – My talk with Florence – Documentary