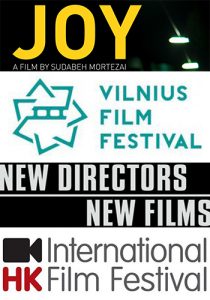 In March 2019 JOY is going to have its premiere in Asia and the Baltic States!
Also there is going to be another festival participation in North America.